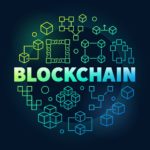 What is a Blockchain?

Blockchain technology is a revolutionary concept, it is the main driving force behind Bitcoin and all other cryptocurrencies. In simple terms it consists of a list of records that are chained together using cryptography. Those records can take any form; a transaction, ownership, or any other form of data. What gives blockchain its magic and separates it from any other traditional database is that once a record is stored on the blockchain it cannot be altered, reversed or manipulated in any sort of way. Consensus protocols differ from one blockchain to another, but the core principles are similar, a record is only valid if the whole ecosystem agrees to it, whether it is direct or indirect.

There is a good reason why big corporations such as IBM, Microsoft and Facebook are rushing to adopt and implement blockchain technology.